most misunderstood features on the platform.

So many people do what I call the spaghetti

against the wall and hope it sticks tactic.

And we've all seen those bad mistakes

where they're using #kimkardashian

and #love in hopes of getting found by a ton of people.

But there's a much better way to be strategic

with hashtags for your business,

and we're gonna unpack all of that, coming up.

We all know that hashtags are the secret sauce on Instagram,

but how many should you use?

Where should you use them?

Which ones should you use?

with you my super secret recipe

to not only get your content found more often,

but to actually get more followers and to get more sales.

And stick around to the end

how to use very specific hashtags

that your audience is actually looking for

to ensure you get found by the right people

So when it comes to hashtags, how many should you use?

and anything beyond that won't show up in search.

But your first 30 are free to use however you want.

Should you use five?

How many should you use?

Personally I recommend using at least 15 to 20.

Hashtags are a use-it-or-lose-it-type tool,

meaning if you use the hashtags,

there's a chance you're gonna get found.

If you don't, there's no chance of getting found.

So more is better in general.

Does that mean you should use all 30?

Use as many as you can use strategically

and in relevance to your business.

Now I know you may be freaking out

'cause some people think that's a lot

and it's hard to come up with that many hashtags.

or four off the top of your head,

That is where the super secret recipe comes into play.

You wanna combine a variety of hashtags.

In order to figure out how popular a hashtag is,

go to the magnifying glass, and start typing

in a hashtag in the search results,

it will tell you how many posts are associated

with each of those hashtags.

So you're gonna wanna pick three to five popular hashtags.

By popular, I define that as something

in the low- to mid-hundreds of thousands,

up to a million posts, for a specific hashtag.

Anything over a million basically becomes irrelevant

to you because it's so saturated

you're going to attract are spambots.

And we don't want that.

Then you're gonna pick three to five moderately popular.

These are gonna be hashtags that fall

in the kinda high tens of thousands

into that mid-hundreds of thousands range.

And then you're gonna pick three to five niche-specific.

These are super targeted specifically

to your industry, what you do,

the solution you provide, what your customer is looking for.

And then you're also going to include

your one to two branded hashtags.

That alone, you're already up to 12 to 15 hashtags

without even trying, so you can easily get to that 15 to 20.

Now the key is to find relevant hashtags for your business.

or #vacation, or something that's super popular

that everybody is using, because it's

not related specifically to your business

and it's too concentrated.

Instead we wanna pick something

that is very specific to your industry,

or what it is you offer as a solution.

So now that you've picked your hashtags,

you know you're gonna use all of these different ones,

why does this work?

The popular hashtags give you an initial burst

of activity from non-followers.

But within a matter of seconds,

maybe into minutes, your content is gonna be buried

in the archives of those popular hashtags.

you active for hours into days.

and your audience is still liking

and goes, wow, your followers are liking

it consistently, non-followers are seeing it

and liking it, you've figured this whole thing out.

And then what happens is, in those niche-specific hashtags,

that very super targeted topics that you chose,

and top-performing posts can stay

in those top placements for months, even,

which means if somebody's looking

for that specific hashtag, they go to that search result,

and you're one of the first ones,

if not the first one, they see in

And what happens when they see that?

They're now on your profile.

that you're relevant to them.

You have a product or a service that is valuable to them.

They may even email you or call you

if you have those action buttons turned on on your profile

and you can actually close sales with this tactic.

And I promise you it works.

I use this tactic.

I have clients and people that have emailed

me after hearing me speak about this

and said, "It works!

So now you know what hashtags you're gonna use.

You know how many you're gonna use.

Where on Earth do you put them?

This is probably the age-old question

since hashtags have been used for business on Instagram.

In all reality, no.

There are various studies out there.

Some say it's slightly advantageous

to put it in the caption.

because they wanna hide it.

They just don't want it in their caption.

If you use the hashtag recipe that we just talked about,

with whether you put them in the caption

or the comment is not gonna have a significant impact.

It's not affected by the algorithm.

It's not affected by search results.

The caveat, why I say it really doesn't matter,

is it does if you're using popular hashtags.

If you're using something which I don't recommend

you do based on what we just talked about,

but if you're using a hashtag with five million,

10 million, that many types of posts associated with it,

those are the ones you do wanna put in the caption.

it takes you to go and put that hashtag in a comment,

you're losing all the valuable time

in that hashtag cup and you lose that engagement.

is it better to leave them in the caption?

They're more likely to get found quicker,

for those high-performing hashtags,

but if you wanna put them in the comment,

with a dot-dot-dot more, so people aren't seeing

your hashtags in the caption anyways

to read the whole caption.

So how do you know if hashtags are working?

Did you show up in search?

Well, the easiest way to do it is

and right below it

of information, and then you're gonna swipe

up on that little menu bar, and when you do that,

you're gonna get a whole bunch of information

Down at the bottom it's gonna tell

you where your impressions came from.

And now if you don't see the option

you're still a personal profile

and View Insights is only available

to business profiles and creator profiles.

So if you wanna go ahead and upgrade

to that business or creator profile,

we have links to instructions on

how to do that down in the description of this video.

So yes, this system works.

But it's entirely possible that

you may not rank for hashtags,

Maybe it's not performing well with your followers,

and if it's not performing well with your followers,

why would they show it to non-followers?

Maybe it's something that is in a

very saturated environment, where it's

just not a good time to show up

in those specific hashtag results.

You wanna go in and look at multiple posts

and see how your hashtags are performing

for each of those posts.

How many times did you show up in hashtag searches

and what was the consistency for

Was it something that was timely and relevant?

Was there something that, every time

you got better search results?

So now it's time for the bonus.

We talked a lot about the hashtags, but here's the thing.

They only think about their business.

And I always use this example of car insurance,

Who doesn't wanna go search for car insurance on Instagram?

I'm gonna tell you, nobody.

That's what Google is for.

and look for #carinsurance unless

they are the competitors who are selling car insurance.

So if that's what you sell,

you don't wanna use #carinsurance.

You're not gonna attract your target audience.

All you're going to attract is your competitors.

So instead you wanna think about where your audience is.

What is your audience doing?

Who is your audience?

If you're selling car insurance,

your audience is people who have cars,

and people who have cars are looking

And if someone's buying #myfirstcar, guess what they need.

So you get to show up where they already are

and give them quality content that's valuable to them

where they're currently hanging out.

Now, some industries can get away

Yes, if I'm looking for a wedding photographer,

I'm going to go look for that hashtag specifically.

So those industries can use those hashtags.

But you still wanna think about people

outside of just that realm.

If all you do is wedding photography, that's great,

but people are only gonna be searching

for you in a very limited scope of time.

You can also look at hashtags related

to geographical locations where you work

and other ways to serve your audience

outside of that very specific time

that they're looking for your services.

So this was a deep-dive into hashtag strategies

Now, in this next video we're gonna talk

because it's a completely different strategy

that you don't wanna get confused.

So go check it out, I'll see you over there. 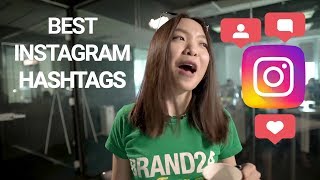 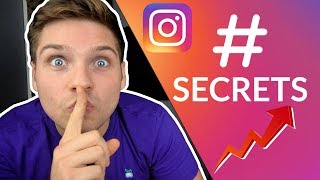 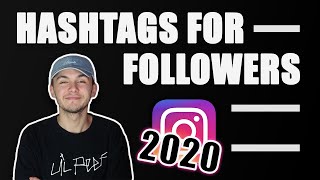 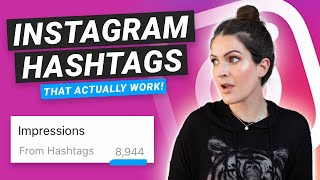 HOW TO USE INSTAGRAM HASHTAGS IN 2020! Strategy & Guidelines for more targeted traffic 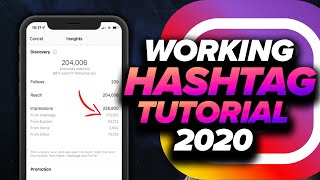 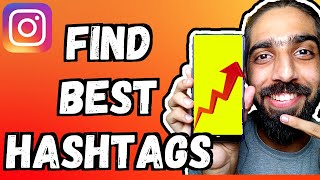 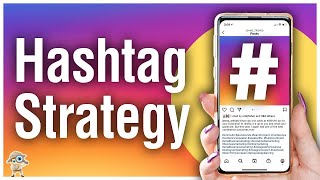 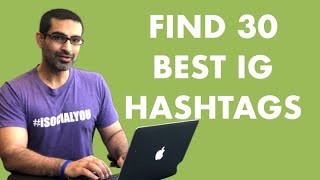 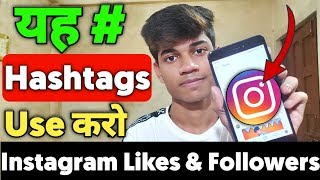 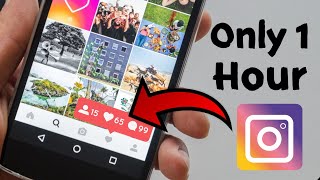 How to get instagram followers Just 1 Hours with Proof